According to eMarketer, video will account for more than half of all programmatic digital display ad spending in 2022, up more than 4% from 2020.

Programmatic video has grown in popularity as a result of connected TV. However, issues including cross-platform measurement, ad fraud, and a lack of uniform standards continue to be a source of concern. 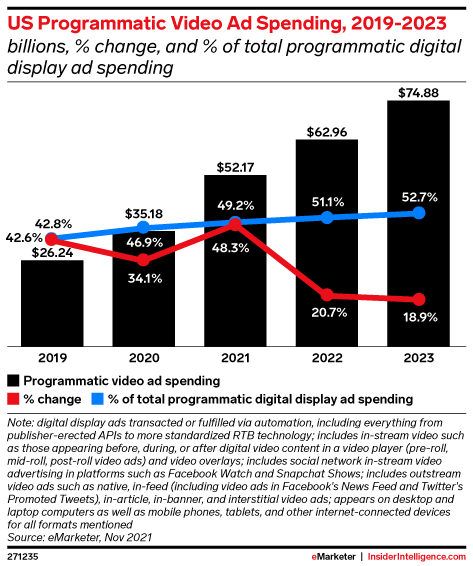 How much money will be spent on video advertising via programmatic?

What gadget spends the most money on programmatic ads?

How quickly is the CTV ad spend on programmatic growing?

What obstacles might prevent programmatic video from becoming more popular?

Lack of uniform standards, difficulty measuring across devices, and ad fraud are all issues that programmatic video faces.

Programmatic Media and the Next 10 Years – What Does it Look Like?

More Information on eMarketer and this report can be found here.